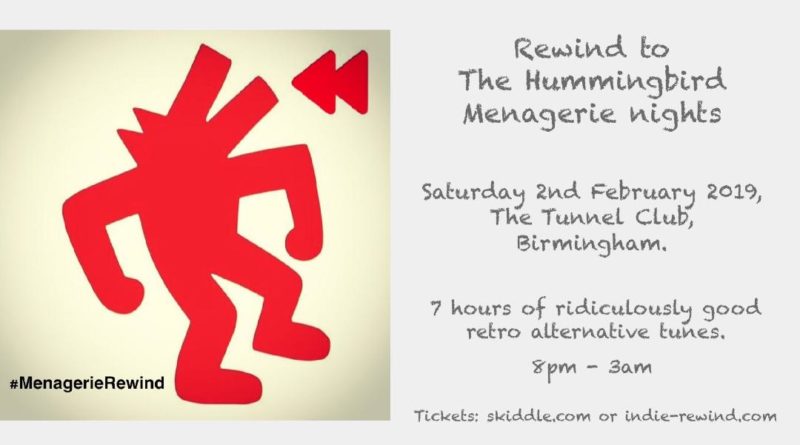 Location: Tunnel Club
More info about the venue & events at the above link.

Based at The Hummingbird in Birmingham, Menagerie became the biggest indie club in the UK during the early 90s and was voted best club in the UK by readers of the NME.

In November 2016 a compilation tape of songs from those Saturday nights, made in the early 90s, was sent to BBC Radio 6 Music and featured on Lauren Laverne’s Memory Tapes.

A big response followed from those who used to frequent The Hummingbird and the first Menagerie Rewind club night was launched in February 2018, followed by a summer one in July 2018. They were unforgettable nights and the public have demanded more!

So get yourself to Menagerie Rewind for a night of old skool alternative classics and a chance to re-live your youth!

Featuring John one of the original Menagerie DJ’s and Indie Rewind’s DJ Stuffie.