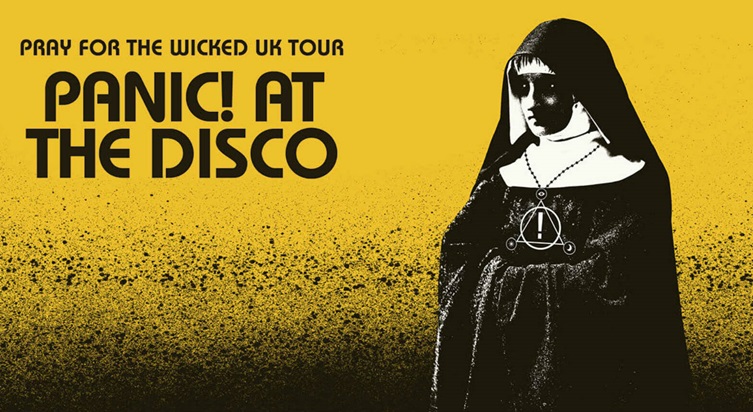 Panic! at the Disco is an American rock band from Las Vegas, Nevada, formed in 2004 and featuring the current lineup of vocalist and multi-instrumentalist Brendon Urie.

Founded by childhood friends Ryan Ross, Spencer Smith, Brent Wilson and Brendon Urie, Panic! at the Disco recorded its first demos while its members were in high school. Shortly after, the band recorded and released its debut studio album, A Fever You Can’t Sweat Out (2005). Made known by the top ten lead single, “I Write Sins Not Tragedies”, the album eventually was certified double platinum in the US. In 2006, founding bassist Brent Wilson was fired from the band during an extensive world tour, and subsequently replaced by Jon Walker.

Panic! At The Disco has announced their biggest European Arena tour to date for March 2019!

Released in June this year, Panic! At The Disco’s sixth studio album ‘Pray For The Wicked’ debuted at No.2 in the UK’s Official Albums Chart and No.1 on the USA’s Billboard 200. The album has spawned an array of huge singles including “Say Amen (Saturday Night)” and “High Hopes,” so this tour is not to be missed.

Our performance times are usually confirmed closer to the show. We’ll post the times as soon as we can get them, so check back about a week before for updates.