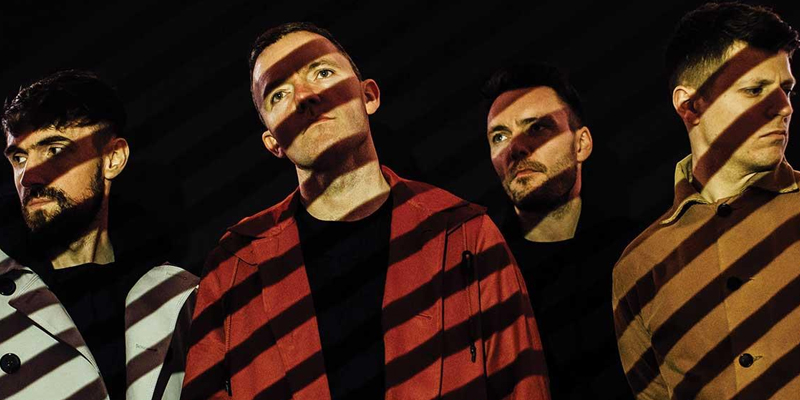 Check out latest single ‘Killing Me’ out now, as well as their
brand spankin’ new album “The Joy Of The Return” (March 20th on Modern Sky UK).

Hot on the heels of a fantastic 2019 when the band played a whopping 32-date tour of Europe, as well as sold out UK shows including London’s The Dome and two nights at Manchester’s The Ritz – they’re now out on the road for a tour of the UK / EU with their latest material!

‘Killing Me’ is the final single from the upcoming album –  boasting Aaron Starkie’s lyrical prowess it’s a catchy number with a serious message about inequality, as Aaron himself tells it: “It’s about being controlled by a ruling class, and how we’ve designed a system of living for ourselves that’s a kind of prison, emotionally and spiritually. It’s about a world where we increasingly isolate ourselves through an addiction to our phones and social media. ‘Son I’m a slave to technology, talk through the glass’.”

The album sees the band bring more of the dark power-pop they’re known and loved for, and is sure to please existing fans and win them new ones.

See the band live on Saturday 28th March (7pm) at The O2 Academy Birmingham, bag your tickets online here from £19.70 per person.

Follow the band at www.theslowreadersclub.co.uk for news of releases and dates.