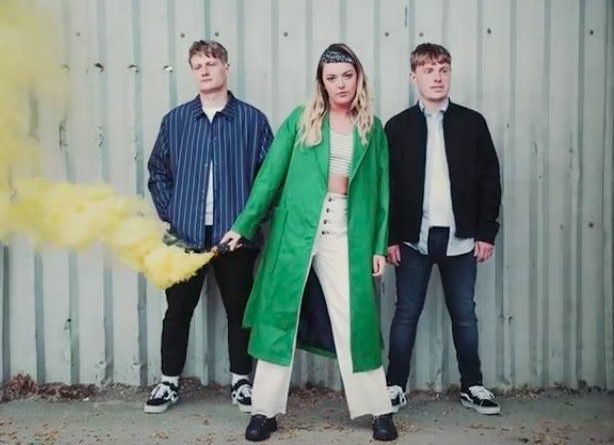 DIY disco trio Patawawa have had an extremely busy 2018 so far. Releasing their debut EP at the start of the year, the band immediately broke through with the million streaming lead single ‘Patagonia’.

Hotly tipped by the likes of NME, Line of Best Fit, DIY & Clash and many more, the band have topped the Hype Machine charts several times during the last few months.

Clocking up several million streams across all digital platforms, they’ve earned support from the likes of Tom Robinson and Lauren Laverne on BBC 6 Music & plays on Radio 1 with Huw Stephens.

Quickly signing to the 13 Artists roster last spring, Patawawa have already had a busy 1st festival season, going down a storm at some of the summer’s biggest events such as Bestival & Tramlines.

Having earned comparisons to a bewildering array of other artists from Chic to Madonna, Two Door Cinema Club to Foals, Beth, Rory and Sam have spent 2018 so far refining & defining their own sound via a slew of releases & collaborations and in the process cementing their position as one of the most exciting new acts around in 2018.

They will be releasing a new track ‘Wires’ around the upcoming tour with a second full EP that will be dropping end of November through January.

The kind of band that can look at the reflections of car lights in the puddles of a provincial English town high street & instead see the bright lights of Downtown Manhattan, Patawawa’s music provides both a commentary on and escape from a world that more often than not seems to be spinning out of control.

Join them as they head out on their first major UK tour & hit the Sunflower Lounge in Birmingham on September 26th !