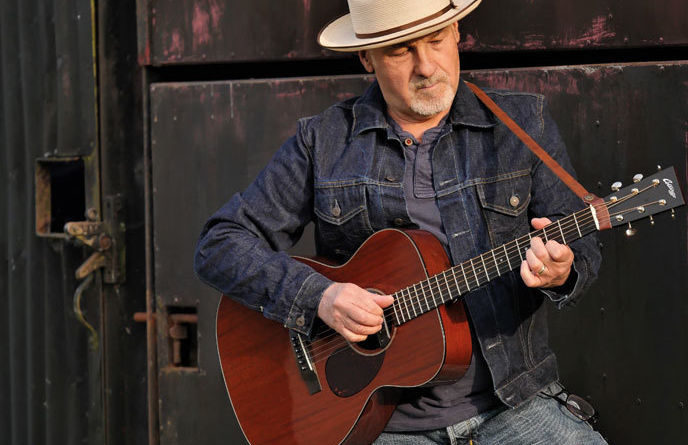 Paul Carrack, one of the most revered voices in music and a figurehead of soulful pop for decades, will return to the delight his legions of admirers with the new album ‘These Days’ on 7 September. The most accomplished collection of songs in his distinguished career, it features 11 brand new compositions, six of them Carrack solos and five co-writes with his old Squeeze bandmate Chris Difford.

‘The Man With The Golden Voice,’ as Carrack was described in the BBC television documentary about his life and times, has pulled out all the stops with ‘These Days.’ The stirring, performance-based set features a stunning line-up, with Paul on keyboards and guitar; his vastly experienced colleague Jeremy Meek on bass; and two hugely renowned players completing the core line-up, Robbie McIntosh (Paul McCartney, Pretenders, Norah Jones, John Mayer et al) on lead guitar and Steve Gadd, universally acknowledged as one of the top musicians in the world, on drums.

‘These Days’ is the follow-up to 2016’s ‘Soul Shadows,’ which featured such new favourites as ‘Keep On Lovin’ You’ and ‘Let Me Love Again’ to add to a solo songbook including ‘Satisfy My Soul,’ ‘Eyes Of Blue,’ ‘Good Feelin’ About It’ and ‘That’s All That Matters To Me.’ Paul’s remarkable history has also embraced his time with such bands as Ace, Squeeze and Mike + the Mechanics, as the voice of staples like ‘How Long,’ ‘Tempted,’ ‘The Living Years’ and ‘Over My Shoulder.’

He’s been equally in demand as a vocalist and instrumentalist for many years, with such names as Elton John, the Eagles, Diana Ross, Nick Lowe, Roxy Music, the Smiths and countless others. In 2013, Paul was hand-picked by Eric Clapton as a member of his band and continues to fill the role with distinction. After his latest, acclaimed UK tour early in 2018, which included his latest headliner at the London Palladium, Carrack plays five dates in Holland in October ahead of yet another packed British itinerary in early 2019.