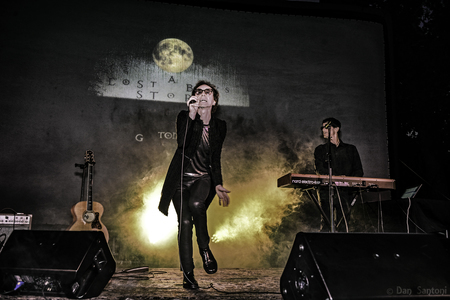 Location: Asylum
More info about the venue & events at the above link.

From the midlands of the diversified music town of Birmingham, England born to Irish/English parents,

Gerard Thomas MacMahon took to a more abbreviated name as G TOM MAC much later in his luscious career, changing It from GERARD McMAHON, in realizing the difficulty of 2 earlier album releases that pronunciation of his name was a big problem!

However his body of work under his original sir name proved to be quite extraordinary on many film screen credits and Soundtrack albums that are classics to this day.

But of course his genius and iconic Theme song ‘CRY LITTLE SISTER’ from the equally iconic film ‘LOST BOYS’ created a profound notoriety of sorts for him, in which he remained by his original first name GERARD and changing the spelling of his last to a more easier McMANN so he thought.

In a move by his family to come to America for a few years, it was a stint in NYC than to Wichita, Kansas where the reclusive young McMahon took to music discovering his abilities to be a natural on guitar and singing at age 12.

Within 2 years he was hired by much older musicians to be the front boy singing and playing to packed bars, and high schools throughout the Midwest, all this experience led to his discovery and his new found ability to write songs at 17.

In a move prompted by good common sense that if it was going to happen with his career he had to head West and get out of Wichita.