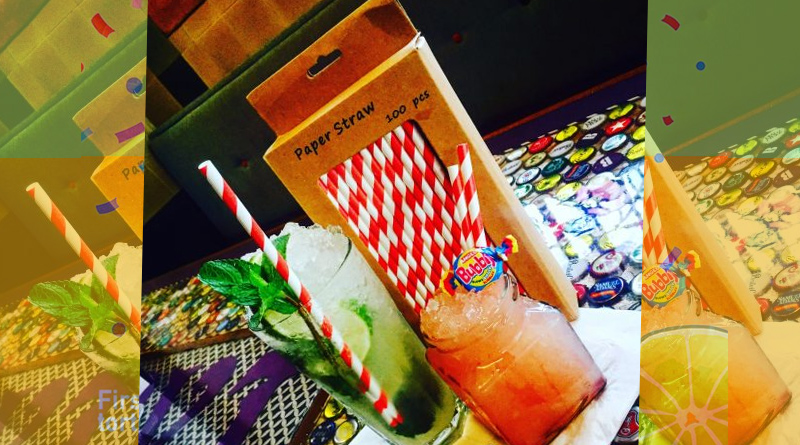 Joining the campaign to “ditch the straw”, Bitters ‘n’ Twisted venues, who have long been recycling, will now only be offering biodegradable straws with their drinks when customers would like one.

“Although we’ve been recycling our bottles and cardboard since I first opened Island Bar, long before it became fashionable to do so, it’s now become obvious that removing plastic straws is the next move in our desire to be responsible operators. Although it’s more expensive to do so, we really want to use products that are more environmentally friendly and set an example to other operators that plastic straws really have no place behind a bar anymore, not with suppliers offering great products such as the straws we use that are 100% biodegradable and decompose in 12 weeks.”

Another change will include disposal of the standard ‘two straw’ serve, popular with bartenders for years, in favour of serving the majority of drinks without a straw, or with a paper based one if requested. Certain drinks require a straw to enjoy them at their best, like the Caipirinha which is made with crushed ice.

Their Birmingham venues include Buffalo & Rye, Bodega, Island Bar, The Jekyll & Hyde, The Rose Villa Tavern, Marmalade and The Victoria.