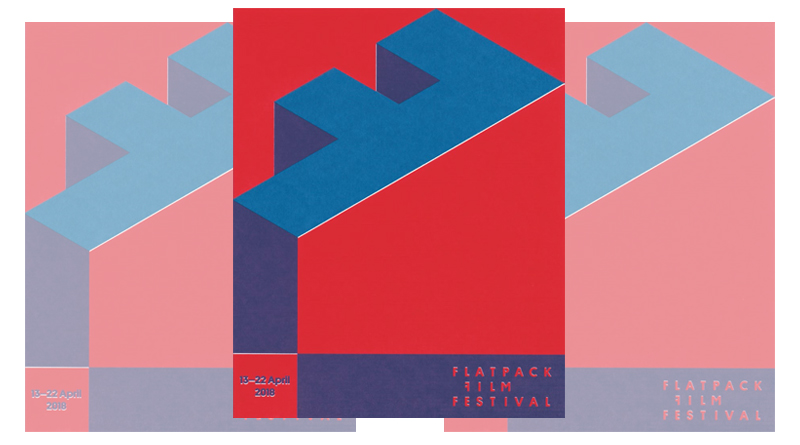 Described as “the best week of the year to be in Birmingham”, critically acclaimed event Flatpack Festival is back in the city with its 12th installment! A ten-day must-go festival on the Birmingham arts scene that will take over the city, with over 100 events across 20 different venues, we can look forward to a week packed with screenings, performances, exhibitions, parties, special guests and loads more!

Some of this year’s headline events to look out for:

1968 was a landmark year for the city of Birmingham, and 50 years on Flatpack is set to devote its first weekend to a captivating series of exhibitions and events; uncovering what was both a turbulent and also a culturally fertile time for the city.

During a period where the world was focused on the anti-Vietnam war and civil rights movements, unrest in Europe and famine in Africa – here in Birmingham attentions were directed towards Enoch Powell’s ‘Rivers of Blood’ speech, the birth of Black Sabbath and student occupations around the city.

The BIRMINGHAM ‘68 anniversary programme is set to journey back through the Solihull school days of Genesis P-Orridge, to invite you to visit the lost streets of Balsall Heath via the photography of Janet Mendelsohn, and return to the psychedelic music hub Mothers. There’ll be an event focused on The Double Zero Motorbike Club, which was first founded in a Digbeth church by maverick vicar David Collyer, and, along with a number of special guests, Academy Award-winning cinematographer Chris Menges will reflect on one of his first jobs in cinema – shooting Lindsay Anderson’s seminal “If…” as well as the legendary Jim Henson’s “Youth‘68” and “The Cube”. Plus, Friday 13th might be unlucky for some, but not for us lucky lot this April in Birmingham, as we take an audience with Graham Williams, captain of the 1968 FA Cup winning West Bromwich Albion side!

Also at Flatpack Festival, Optical Sound are set to highlight the best in audio-visual experimentation during a packed weekend of live events and screenings, including music documentaries and the launch of new artist development programme Waveform.

The festival will also unite a whole host of special guests from the world of AV: from US-based visual and sound artist Rose Kallal, through to Japanese artist Rie Nakajima and French live cinema and visuals from Nominoë.

And that’s not all, see kids TV guru Anne Wood at the Midlands Arts Centre discussing her incredible career producing and creating huge kid’s shows like Teletubbies, In the Night Garden, and Rosie and Jim. As the founder of Ragdoll Productions she has been responsible for numerous well-loved characters to younger viewers since back in the 1980s, receiving multiple awards along the way.

‘Unpacked’, Flatpack’s creative industries strand, will focus on the art of making, fettling and creating, this year along the lines of the art of fabrication. A day-long programme of demonstrations, workshops, and talks will feature Oscar-nominee and BAFTA-winner Daisy Jacobs and Austrian architect and media artist Anna Vasof.

Also to look forward to, the bulk of this year’s screening programme at the festival will take place at the century-old Electric Cinema and more recent film venue arrival, the Mockingbird. There’ll be animation, documentaries, experimental work and late-night schlock, with the UK premiere of Serge Bozon’s Madame Hyde followed by a Q&A with the director, the world premiere of Moments Of Darkness by Andrew Walker and Manjeet S. Gill, and the charming documentary Spettacolo by Jeff Malmberg and Chris Shellen.

Other screenings will include

All in all, this don’t-miss festival on the local arts calendar is an opportunity to enjoy a huge range of creative events on your doorstep; find out more about how to get involved below.

Find more info about what’s on at the festival here: www.flatpackfestival.org.uk