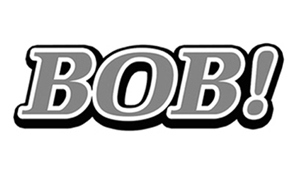 Location: Kitchen Garden Cafe
More info about the venue & events at the above link.

Kicking off in Manchester on 25th October, Lauren’s new 7 date headline tour also takes in Inverness, Aberdeen, Birmingham, Bristol, and Chesham before ending in London at theTroubadour.  And from January 2019 until March, Lauren will be on the road with Paul Carrack opening for his massive 27 date tour, which includes a night at the London Palladium.

Lauren recently released her new EP, ‘Inside This Silence’ featuring the brand new single ‘Be A Man’ which has had support from BBC Introducing and BBC Regional Radio. Recorded in Germany with multi-platinum producer Mark Smith, ‘Inside This Silence’ showcases Lauren’s sublime vocals with intricate  melodies  and  the  kind  of  honest,  accessible song writing  that  has  already  won  her  an  army  of  loyal  fans, thanks to her acclaimed 2016 debut album ‘We Will Need Courage.’ Since releasing her debut album, Lauren has been busy writing her second album, and enjoying an extensive touring schedule. She opened for Lucy Spraggan’s 31-date UK tour in October 2017, followed by a 12-date UK tour supporting Rebecca Ferguson in February 2018 which included shows at the 02 Shepherds Bush Empire and Liverpool Philharmonic Hall.  Lauren’s most recent tour was supporting Anastacia on her European tour in April and May of this year, including shows in Netherlands, Germany, Switzerland, Austria and Italy.

‘Inside This Silence’ is out now.

For more information including visit: