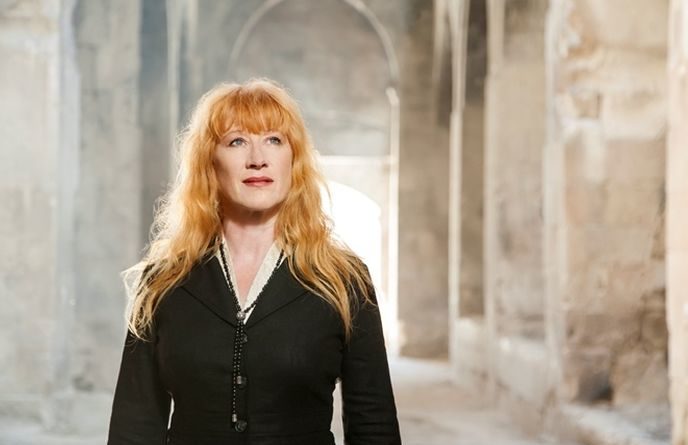 The multi-award winning Canadian singer-songwriter and musician, who just released her first recording of original songs since 2006, has announced she will bring her Lost Souls Tour to the UK next March.

While the concert will draw on McKennitt’s expansive catalogue of recordings, she will also be performing songs from her latest album. McKennitt composed several of the songs on Lost Souls some time ago. Others have been progressively taking shape in the midst of more recent projects and journeys. A few draw on the poetry of John Keats and W.B. Yeats, while another evokes a distinct Middle Eastern flavour. In Lost Souls the songs all come together to create an artistically diverse and timely collection.

Loreena McKennitt’s eclectic Celtic blend of pop, folk and world music has sold over 14 million albums worldwide. Her recordings have achieved Gold, Platinum, and multi-Platinum status in 15 countries on four continents. She has twice been nominated for a Grammy Award and has won two Juno Awards, as well as a Billboard International Achievement Award.

She has performed in some of the world’s most-respected and historic concert venues, from Carnegie Hall to the famous Alhambra Palace in Granada, Spain and for dignitaries including Her Majesty Queen Elizabeth II and numerous heads of state.