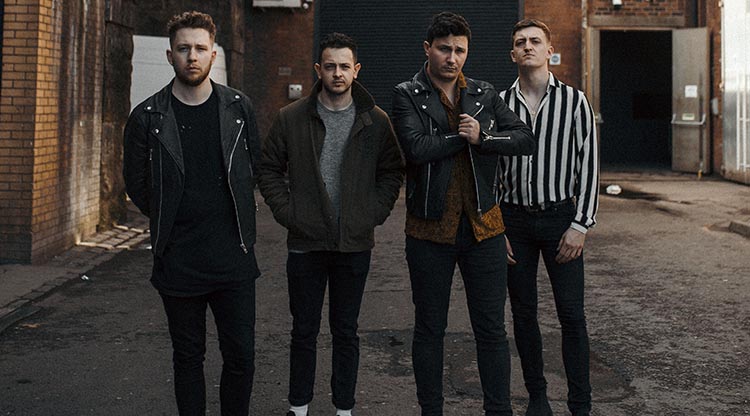 Described as one of the UK’s most exciting upcoming guitar bands, Only Shadows are due to release their debut album this year through Believe Music. The band were recipients of the prestigious ‘Momentum’ grant from PRS, previously awarded to the likes of Jaws, Ghost Poet & Yonaka.

The band have just come off their biggest headline tour at the end of 2018 with sold out shows in London, Manchester, Newcastle & Birmingham and have more dates announced for 2019.

Recent singles Fight Milk, Stay Close to Me  have been supported by tastemakers at Spotify who have added the singles to some huge playlists including ‘New Music Friday’ ‘New Noise’ & ‘The Indie List’. BBC Introducing have also described the band as “one of the UK’s most exciting guitar bands”.

Clear Vinyl are about one thing only, leaving your problems at the door, bouncing down the front and having the time of your life. Not claiming to be anything they aren’t, not pressed with reinventing the wheel, the alternative pop quintet isn’t trying to be what it’s not, it’s just about having fun.

Having spent the last two years hidden away writing, recording and planning, Clear Vinyl are just about to show the world what they’ve been working on with their first single ‘That Feeling’.

Taking influence from bands of the moment such as Sundara Karma, Blaenavon and The Night Cafe, Clear Vinyl have crafted a sound of polished alternative pop, staying true to their core beliefs that music should be fun and an escape from the world of political and emotional turmoil that we exist in.

Courtyards are a 5 piece punk/grunge band based in the West Midlands.