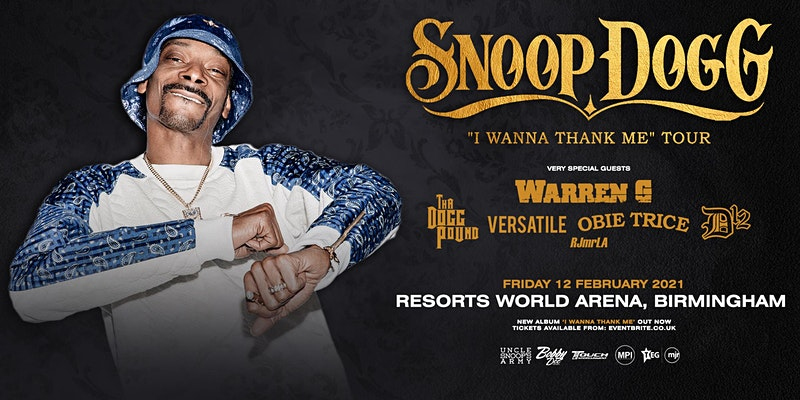 First discovered by Dr. Dre way back in 1990, his full name is Cordozar Calvin Broadus Jr and he was born in Long Beach, California, on October 20, 1971. When he appeared on Dre’s “The Chronic” in 1992, few would have guessed that Snoop (he picked up his nickname from his mother because she thought he looked like Snoopy from the Peanuts cartoon), would go onto become one of the most famous actors and recording artists, but he certainly deserves it!

This upcoming tour will feature special guests including Warren G, Tha Dogg Pound, Obie Trice, D12 and Versatile – all joining the West Coast rap legend as he tours in support of his 17th album “I Wanna Thank Me”, as well as the documentary of the same name, celebrating 25 years of Snoop Dogg.

An actor, a businessman, and a chart-topping, multi-platinum artist, don’t miss this chance to see Snoop Dogg live here in Birmingham.

Check out the full tour here:

Check out the documentary…